There is a serious issue brewing in our American justice system. Though most never encounter this arbitrary despotism of our government overlords, you can talk to anyone who’s been to law school, and they will let you in on this incredible tyranny.

And I plan to be the one to free us from this rule.

………at a hypothetical rural Virginia Circuit Court of general jurisdiction in the not too distant future, at the end of a long motions day practice…… 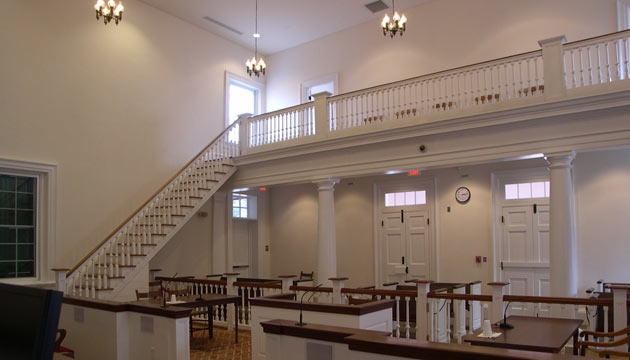 Judge: Now counsel, this is motions day practice, and things are usually pretty routine around here. But I could hardly get past the title of your motion, so I thought I’d just hear it straight from you when you got here. Now, you have named the Commonwealth as the defendant in an action to… wait, actually it seems there’s a typo in this…

Judge: Yes, what Judgment do you want?

Judge: you want a Ju–

Caleb, Esq: No, your honor, “JUDGEMENT.”

Judge: You want a ruling.

Caleb, Esq: Well, there’s also a petition for a Writ of Mandamus in there, too, actually.

Judge: But I thought you said “Judgment.”

Caleb, Esq: No, your honor “Judgement.”

Judge: Son, what are you doing? Is this a game? Are you pulling my leg?

Judge: Then what are you doing?

Caleb, Esq.: Personally, your honor, I think I’m fighting a constitutional battle for the common man, for law and order in society, and for the faithful interpretation of every letter of the–

Judge: -yeah, yeah, the letter of the law–

Caleb, Esq.: No, your honor, every letter of the word “Judgement.”

Judge: Every letter of what?

Caleb, Esq.: Of the word “Judgement.”

Judge: [Long pause, with brow furrowed as he reads the written abstract on the 25 page motion] Son, are you litigating a grammatical spelling dispute?

Caleb, Esq.: No your honor, it’s a constitutional claim.

Judge: Is this about a particular form that was rejected at the intake window last week?

Caleb, Esq.: Yes, your honor. That is the basis of my §1983 Civil Action against the Commonwealth of Virginia.

Judge: –I heard you.

Judge: And what damages are you seeking?

Caleb, Esq: I seek compensatory and punitive damages from the actions of the Clerk. I was humiliated, corrected on my spelling and grammar in front of my colleagues, causing my professional reputation to be ruined before my colleagues and the public, and I was forced against my will and despite my fervently held beliefs to spell the word “Judgement” correctly even though I did spell it correctly by the Natural Law of both God and Man!

Judge: [Blank stare] ….and you want all that because our local rules determine that it is a “Judgment” of the court and not a “Judgement”?

Judge: And of what constitutional right do you claim the clerk has deprived you in this 42 you-ess-see 1983 claim of yours?

Caleb, Esq.: Your honor, beginning on page 13 of my motion, I have outlined my conscience rights, right to a fair trial, right to a trial by jury, and the right to Procedural and Substantive Due Process…

Caleb, Esq.: …whenever there is a government deprivation of life, liberty….

Caleb, Esq.: My proper E, your honor. The clerk just laughed at me until I took it out of the pleading.

Caleb, Esq.: …..and if it so please the court, I would like to call my first–

Judge: -Get out of my courtroom.

One day, friends. One day.

The arc of history is long, but it bends towards Justis.